The first V2 rockets hit London in early September 1944. Before that many years was done to develop, test and build the rockets.

Eight supply depots were planned around France and one of these depots was built in the fall of 1943 in an old quarry at the town of Mery sur Oise, Northwest of Paris.

A sidetrack was made on the existing railway, and with the help of two cranes and locomotives, the rockets could be transported directly into the old quarry. The capacity should be 600 rockets.

Two parallel entries were built, one for rail and one for lorries. These entrances were cast in concrete and could be hermetically sealed in the event of bomb attacks and were additionally equipped with shooting shields for close combat.

The supply depot in Mery sur Oise was bombed by the allies in early August 1944 and just a month later it was conquered by the advancing Allied forces. 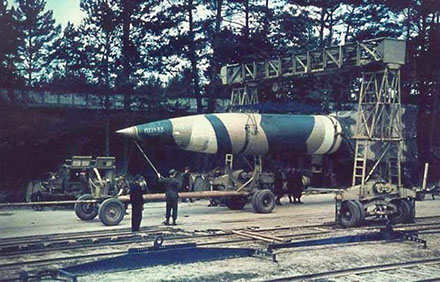 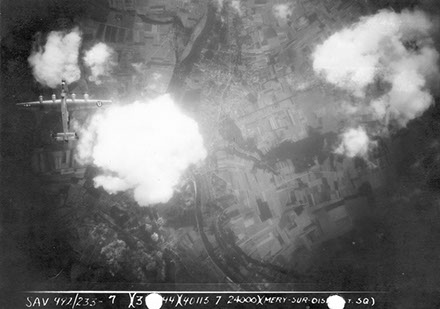