After the Allies had bombed the research center at Peenemünde in August 1943, the Germans decided to move production of their new V-2 rocket underground.

Already in late August 1943, the concentration camp Dora-Mittelbau was located by Nordhausen between Hannover and Leipzig. The camp was a sub-camp of concentration camp Buchenwald. The prisoners should expand an existing tunnel system, which had originally been planned to use as a fuel depot.

By the end of 1943 more than 11.000 people worked in the tunnels, a figure that would rise to over 40.000 by the end of the war. There were about 3.000 German technicians employed, the rest were slave laborers. They continually working to expand the tunnels and helped in the production.

The Mittelwerk was scheduled to produce 900 V2 rockets a month, a goal that was never achieved. As the Allies increasingly gained air superiority over Germany and the bombing of the great German industrial cities were intensified, the Germans moved more and more production to the plant in Nordhausen. First was the new He 162 fighter, with the V1 flying bomb following at the beginning of January 1945. It is estimated that by the end of the war, a total of around 6.000 V2 rockets had been built at the plant. In March 1945, production was set on hold, due to supply difficulties. In early April the plant was bombed by the Allies. Over two days, the concentration camp was bombed, because the Allies thought it was a barracks housing technicians. Later, the slave workers were sent on a death march, to the concentration camp at Bergen Belsen. Most of the scientists and technicians, including Wernher von Braun, were evacuated south to Bavaria and Austria.

On 11 April the Americans arrived, and began a major investigation and collection of information and data. They were rushing to gather all the information they could before July 1, 1945, because the area was going to be in the Soviet occupation zone. In the summer of 1948, an effort was made to destroy the entire facility, but an error in calculation meant that only the entrances were destroyed.

In 1970,  a small exhibition in memory was arranged the old crematory building, to remember the at least 20.000 prisoners who lost their lives in Mittelwerk. In 1995 the old tunnels were opened for public access. 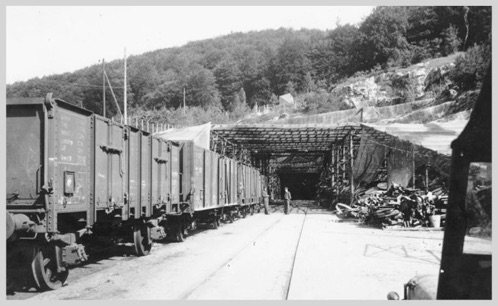 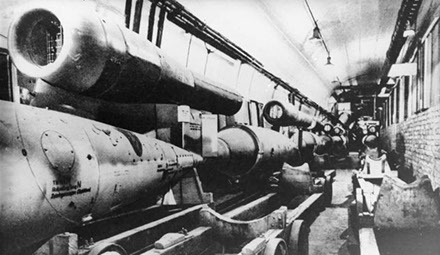