Construction of the Peenemünde site began in 1936. On completion, it was occupied by Germany’s leading rocket scientists and researchers, led by Dr Werner von Braun.

Research, development and testing continued over the next few years; by early 1942, von Braun was able to inform Hitler that the first missile, the V1, was ready. By August, the world’s first ballistic rocket, the V2, was complete.

But the, so called, ‘Doodle Bug’ was not used until after the Normandy Landings; nevertheless,, it was used with devastating effect, particularly in and around London, giving rise to the phrase ‘The Second Blitz’.

In 1943, the Polish Resistance informed Allied Intelligence about Peenemünde and a plan to destroy the site began to take shape.  So, on the night of 17th/18th August 1943 nearly 600 bombers attacked Peenemünde.

The attack was primarily directed toward residential buildings in order to kill as many researchers as possible. A "fake" attack had withdrawn the bulk of the German night fighters to the south, to defend Berlin. This gave the first two waves of bombers the opportunity to identify and bomb targets. With clear skies and a full moon, conditions were ideal. Almost the entire plant was destroyed and over 700 people killed; 500 of whom were conscripted concentration prisoners. As the German night fighters returned from Berlin, the last two waves started their run. In the ensuing dogfight, the RAF lost 40 bombers.

V2 development was seriously disrupted forcing the Germans to move the entire operation to a large underground production facility in Nordhausen and the research to Austria.

Some of the Peenemünde buildings can be seen today. 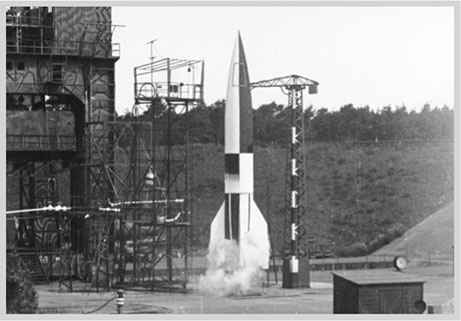 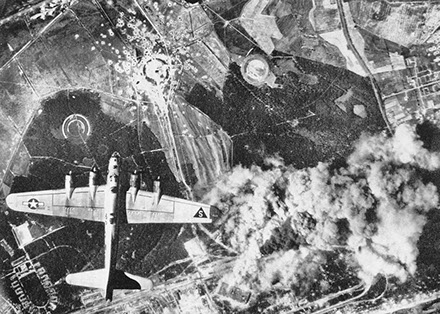