To access the Atlantic, German U-Boats had to undertake a long and dangerous journey across the North and Baltic Seas. A good deal of the fuel was wasted during this journey, limiting the combat range of the U-boats once they reached the Atlantic. With the conquest of France in the summer of 1940, the Germans had been given a golden opportunity to move their U-boats closer to the front by basing flotillas at the French Atlantic ports such as Lorient and Brest.

To aid in these new operations, a headquarters needed to be established. Known as Führer der Unterseeboote West, in 1940 this was established in the port town of Lorient. Due to security reasons in 1942 the headquarters was moved to Paris. In early 1943 the headquarters was moved again, this time to Château de Pignerolles near Angers (halfway between Paris and Lorient). The Château was located to the east of the city, and in 1939 had been used by the Polish government in exile. After the Fall of France, the castle was appropriated by the Germans had been used for recreational stays for U-boat crews. The whole area around the castle was fortified. Fences were erected, and bunkers were built to protect against air attack. A tunnel was built from the main command bunker to the Château. To allow for communication with U-boats on patrol, several tall radio masts were installed on the Château grounds.

After the Allied landings in Normandy and the ensuing liberation, FdU West was moved to Bergen in Norway. Several fortified coastal cities, including some with U-boat bases, were bypassed during the Allied advance. In response, the U-boat flotilla that still operated from French ports were placed under command of the base commander in La Palice. The rest of the flotillas were transferred to FdU Nordmeer in Bergen.

Château de Pignerolles was used after the war as the headquarters of the U.S. General George S. Patton and is today a communication museum. 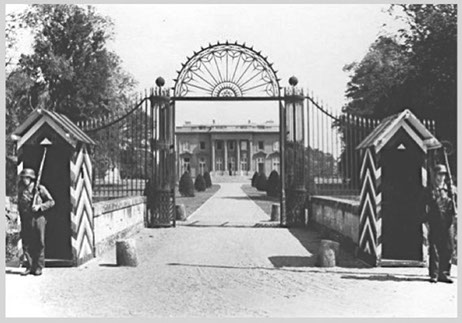 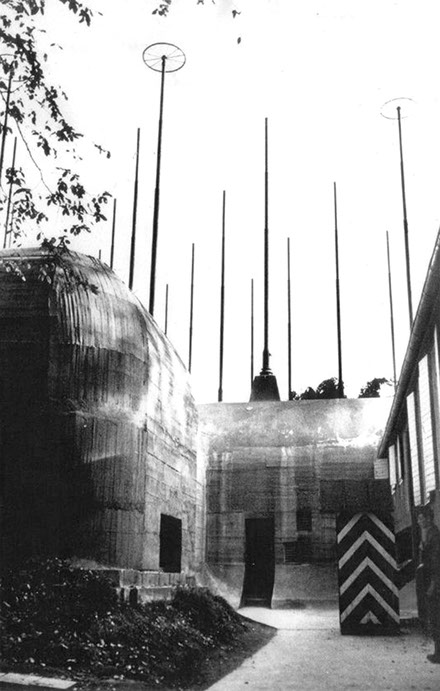