Construction of the U-boat bunker in La Pallice, the primary port of La Rochelle, started in April 1941. The construction of the 10 U-boat pens lasted two years, but already from November 1941 the first U-boats began to arrive. The 3rd German U-boat flotilla had its headquarters in La Pallice and remained here until August 1944, when the flotilla moved to Norway because of the Allied landings in Normandy (d-day) in June of that year.

The bunker was 192 x 159 meter and was, like several other U-boat bunkers, equipped with a double roof. The lower roof comprised 3,5 meter of reinforced concrete and the upper roof was of concrete beams with a distance of 1 metre between each of them. The total thickness of the roof was 7,3 meter above pens 1 - 5 and almost 6,5 meter above pens 6 -10.

In August 1944, the bunker became exposed to repeated air attacks and was directly hit by 6 of the big "Tallboy" bombs. The upper roof was badly damaged, but the bombs did not manage to penetrate the lower roof and no U-boats were damaged.

By 12th September 1944, the Allies had encircled the entire naval base, and a long siege began. The base was defended by 20.000 German soldiers and the siege continued until capitulation at the very end of the war. During this period, all supplies to the base were delivered by U-boats.

On 3rd May 1945 the last U-boat (U-255 Type VIIC) arrived with fuel and supplies for the besieged base. It left the base again two days later and on 8th May the base surrendered to the Allies.

The bunker in La Rochelle has been used to shoot several films, including "Das Boot" and "Indiana Jones II".

The bunker is today partly used by the French navy as storage.

“ I was attached to two air sea rescue boats. We used these sub pens. at this sub base when I served the US Air force in the air sea rescue unit. Year 1951 t0 1953 I'm a little short on memory now. I don't think there is any one who would remember serving , it was a long time ago.  ” 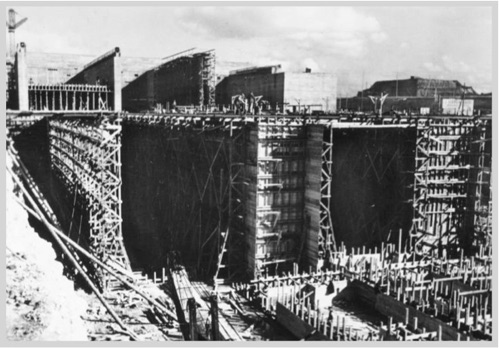 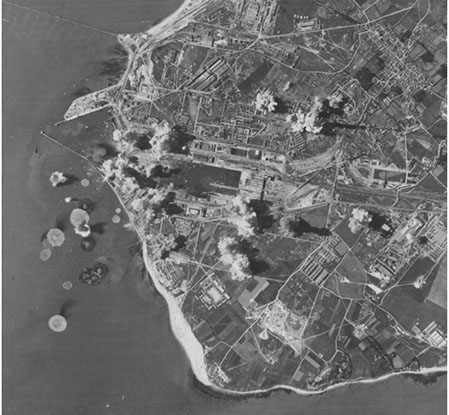 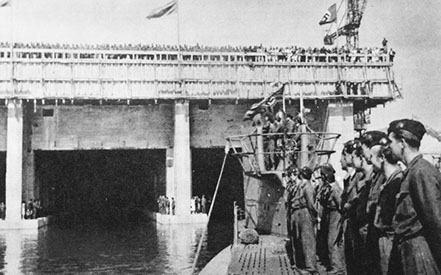 “  Although this Sub base is not open to the public, I went through it in 2002 when I was in the area working on a cruise ship new build. The base was fenced off but no security on site, so we went in. The building was very dark (with no electricity) so we used our cell phones and cameras to light the way. The offices inside were left with desks and lots of papers scattered about. There were old 1950 style telephones on the walls. Some offices were damp from rain leaking in. The sub pens were interesting. An old tug was in one of them. We took lots of photos. The sub base in St. Nazaire is open to the public. we went through that one too.  ”