Following the collapse and capitulation of France in June 1940, the Kriegsmarine (German Navy) moved swiftly to establish a chain of U-boat bases along the west coast of France.  This afforded much quicker and safer access across the Bay of Biscay to the North Atlantic convoy routes between Britain and North America, compared with the long and dangerous sailing from their German bases, around Scotland through the Faroes/Iceland/Greenland passages. These U-boat bases were at Brest, Lorient, St Nazaire, La Pallice and Bordeaux.

Construction of the Bordeaux bunker began in Autumn 1941 and was completed in Summer 1943. Overall dimensions were 245 meter long, 162 meter deep (front to rear) with a height of 19 meter.  It had 11 pens, eight of which were dry docks.

The bunker was base for the German 12th U-boat Flotilla, which operated supply U- boats (“Milch cow”) which would rendezvous with attack boats in mid-ocean to transfer torpedoes, fuel and supplies, lengthening the time they could spend on patrol; the 12th Flotilla also operated mine-laying U-boats and transport boats which maintained a link with Japan.

The enormous amounts of diesel fuel required were stored in a second bunker – in reality a massive building as high as the pens themselves – a couple of hundred meter away. Capacity was 4 million litres, with an underground pipeline to the pens.  This fuel bunker had two flak (anti-aircraft) positions on the roof.

The U-boat base was built along an enclosed basin, protected by lock gates against the large tidal range in the river. As at La Pallice and St Nazaire, the lock was protected from air attack by a concrete roof, though this was removed just after the war.

Beside the German facilities, there was also an Italian submarine base which operated until the Italian surrender to the Allies in September 1943, after which the five remaining submarines were taken over by the Kriegsmarine.

In 1944, to protect the pens from armour-piercing bombs, a second roof was fitted above the existing roof, itself 350 cm. thick. An additional layer of concrete was cast 210 cm. thick, reinforced with blocks a metre wide and two meter deep.  Any armour-piercing bomb's fuse would be activated by the upper layer so would explode in the void between the upper and main roofs, rather than penetrating the main roof into the main building.

A bombing raid was mounted on 17 May 1943 but regrettably some bombs missed and caused local civilian casualties; a plaque commemorates their contribution to the eventual Allied victory.

The bunker complex was bombed again on 11 and 14 August 1944 and received several direct hits; however, after the liberation, Allied troops found no damage had been caused to the massive structure.

The last U-Boats left Bordeaux in August 1944, one of them being U-534 which was later sunk off Denmark on 5 May 1945; although a few hours after Grand Admiral Doenitz had ordered all German forces to surrender, U-534 failed to comply so was attacked and sunk. She was raised in 1993 and is now a museum in Liverpool, England (from where the Battle of the Atlantic was controlled).

The Bordeaux bunker is today in private ownership and used by a variety of fishing and pleasure vessels. Bordeaux was liberated by the Allies at the end of August 1944. 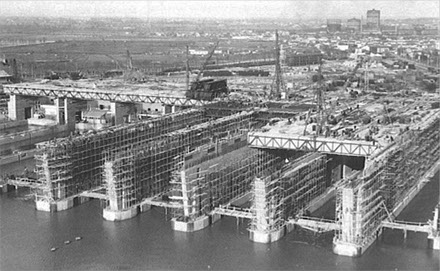 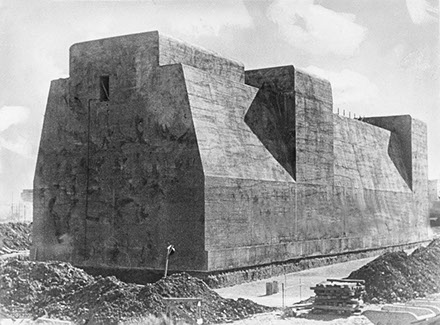 “  No tourists access but a very impressive structure, Looking

like pow slaves helped build it based on a memorial  ” 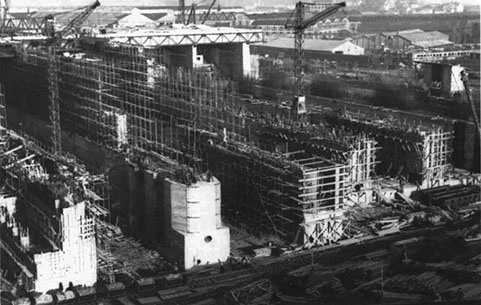