The German battleship Gneisenau was badly damaged during an Allied bombing raid on Kiel in 1942. Subsequently the main armament, consisting of 283 mm. guns mounted in triple turrets, were removed from the ship, and used to strengthen the Atlantic wall.  Gneisenau was scheduled later to have its armament upgraded to 380 mm. guns.

One of the old towers with three 283 mm. guns, was moved to Ørland Peninsula, to guard the entrance to Trondhiem, Norway. Demolitions were used to dig out the positions, where everything from ammunition storage to hospital accommodations were constructed. Yugoslav prisoners were used as the labor force, living in miserable conditions during the construction.

A second turret, which became known as Batterie Fjell, was placed to protect the entrance to the port of Bergen. The third turret had been damaged in the bombing raid, and was placed in MKB Rozenburg by Hoek van Holland.

These guns were of the most modern design. They fired shells weighing 315-330 kilograms, with an effective range of 38 kilometers. By August 1943, they were operational.

The turret at Trondheim was taken by the Norwegians in 1945, and remained operational until 1968. Today there is a museum at this facility. 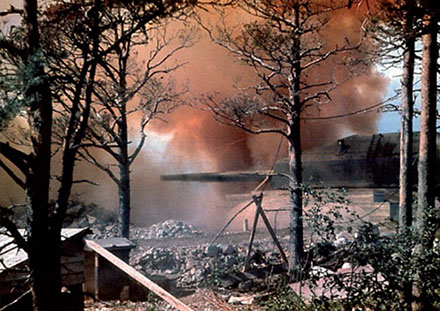 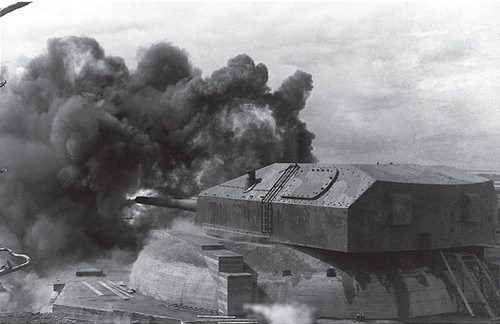