The German battleship Gneisenau was badly damaged during a British bombing raid at Kiel in 1942. Subsequently, the main guns - which consisted of 283 mm. guns mounted in triple turrets - was used as part of the Atlantic wall. Gneisenau was scheduled later to have its armament upgraded to 380 mm. guns.

One of the old turrets with three 283 mm. guns was moved to the island Sotra in Fjell, west of Bergen. The battery was excavated into the mountain and consisted of everything from ammunition storage to a hospital and crew accommodation. The guns were very modern: the shells weighed between 695 and 730 lb. and had an effective firing range of 24 miles (say 40 km). In the summer of 1943, the guns were operational and could therefore achieve their objective of protecting the entrance to Bergen.

To protect the guns, several anti-aircraft (flak) batteries were constructed, with bunkers for local defense. All this work was undertaken primarily by conscripted Russian prisoners of war.

At liberation in 1945, the Norwegian military took over the battery, which remained operational until 1968.  The turret is now gone and there is a museum in this impressive facility.

A similar turret was installed at the Gun Battery Oerlandet, to protect the entrance to Trondheim.  The third and last turret was damaged during the bombing, but the guns were installed individually in MKB Rozenburg at Hoek van Holland.

In Denmark, at the island of Fanø, a gun battery was constructed, using the medium guns from Gneisenau, comprising 150 mm. guns mounted in twin turrets. 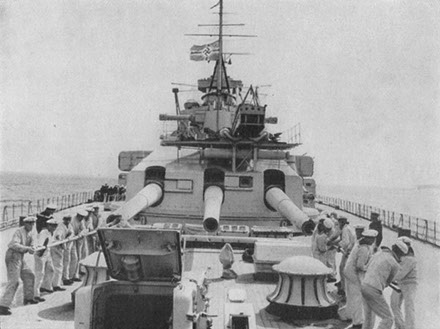 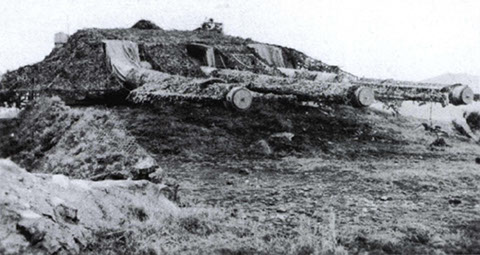 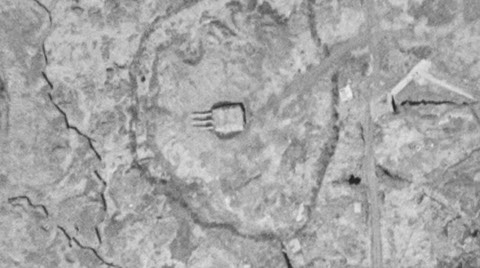 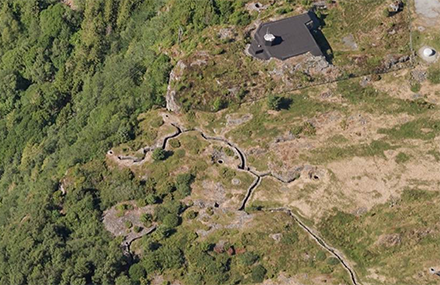