Esbjerg port, under German occupation, was the largest port on the west coast of Denmark. It was therefore crucial to be able to receive reinforcements and stores, had the Allies landed in Denmark. The whole area, including Fanø, was part of the German Atlantic wall, a heavily fortified strip running down the coast from the north of Norway to the west coast of France.

The German battleship Gneisenau was badly damaged during an Allied bombing raid at Kiel in 1942. Subsequently, the main armament, which consisted of 283 mm. guns, triple mounted in turrets, was moved out to reinforce the German's Atlantic Wall. One of these turrets was moved to the island Sotra in Fjell, west of Bergen. Another was located Marine Gun Battery Oerlandet, to protect the entrance to Trondheim. The third and last turret was damaged during the bombing, but the guns themselves were installed at Hoek van Holland.

At Fanø the Germans in 1943 began construction of a gun battery, for which two of secondary guns from Gneisenau were used. These were 150 mm. guns, twin mounted in armored turrets. Their range was 22 km. and the guns on Fanø were to protect the entrance to Esbjerg. To mount the guns, two casemates and a fire control bunker were constructed along with several ammunition and personnel bunkers.

At the northern tip of Fanø, the Germans constructed a combined anti-aircraft and coastal battery to protect the entrance to Esbjerg.

Canon Battery was equipped with four 105 mm. guns mounted in rotating armored turrets mounted on top of their casemates. In the center was the fire control bunker and separately a range-finder also mounted in its own revolving armored turret. Canon Battery was at that time equipped with the most modern equipment and therefore was extremely powerful. There were additional bunkers for ammunition, men and sanitation. The entire gun battery was enclosed within barbed wire, trenches, mines, pillboxes equipped with machine gun and mortar positions for point defense. 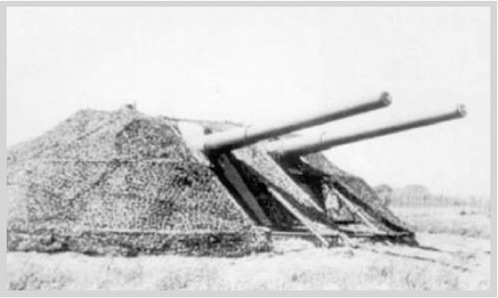 “  We got a personal tour of this bunker complex. It was very interesting and quite an amazing piece of construction. But dark, dank, and cold. Can't imagine how uncomfortable it must have been to be stationed there. But we were able to climb down into these bunkers Including the fire control and range finder bunkers - even the ammunition storage bunker. Worth doing - but be sure and bring a flashlight.  ”