Now surrounded by residential housing, the 52 feet five-storey tower is the only major part of the Atlantic Wall left in Ouistreham.

Designated as local HQ and control center for the antiaircraft defense of the harbour, River Orne and Caen Canal, the tower was unknown to the Allied invasion planners, so came as a complete surprise to the men coming off Sword Beach. Commandoes attempted to take the tower but were beaten back by heavy machine gun fire and grenades thrown from the roof.

Three days later, Lieutenant Bob Orrell of 91st Field Company Royal Engineers, together with three men, placed explosive charges against the tower’s armored door. After four hours, they managed to blow it open and the garrison of two officers and fifty other ranks surrendered.

The tower has been carefully restored by a team of enthusiasts and now offers the visitor a journey back to the Normandy Invasion. On each of its floors, the various rooms have been laid out as they were on 6th June; with uniformed mannequins adding to the atmosphere. A climb up a steel ladder through a trap door will take you onto the roof with its panoramic view of Ouistreham and, on a fine day, round to Pointe du Hoc. 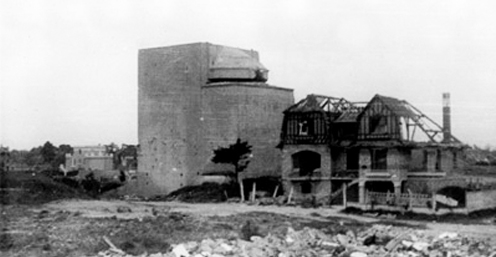 “  I visited Normandy in September of this year (2013) & made a mistake by touring the beaches via a professional tour guide, a group tour. Not that it wasn't worth it, it most definitely was. Unfortunately, it was much more a linear experience than I had expected; hence the definition of "guided tour". I would much rather have spent my time experiencing the sights at my leisure. And if I happen to visit France again, which I wholly plan on doing, Ouistreham will surely be my first stop. ”