At the far western corner of the Cotentin Peninsula, close to the town of Auderville, the Germans in 1943 started the construction of a gun battery. The guns were 2 pieces of 203 mm. rail mounted guns of modern design. They had been manufactured by Krupp the previous year and had a range of 37 km. The guns were placed on a turntable, thus commanding a 360° field of fire, and were capable of firing one round every two minutes.

A protecting masonry casemate and ammunition bunkers were cast adjacent to the guns, together with several additional bunkers for guns' crews and for local point defense.

The guns first fired in anger after the Allied landing in Normandy 6th June 1944 (D Day). The Americans landed on the south-east of the Cotentin Peninsula on Utah Beach and after fierce fighting that lasted several days, they started their advance towards the important port city of Cherbourg. By Valognes they came within range of the guns, now supporting the defending Germans as artillery.

The guns could not stop the Americans' rapid advance and after isolation of the entire peninsula on June 18, and with Allied naval superiority in the English Channel, withdrawing the guns was no longer an option. The struggle therefore continued and on 25 June the guns opens fire against an Allied patrol but without obtaining any hits. At the same time, the gun battery was exposed to Allied bombing and the position was abandoned.

The battle for Cherbourg was extremely hard and ended on 1st July 1944, when the last German troops surrendered. But before surrendering, the Germans demolished all the port installations so that, even with massive efforts, the Allies could not land supplies there from larger ships until the end of August. 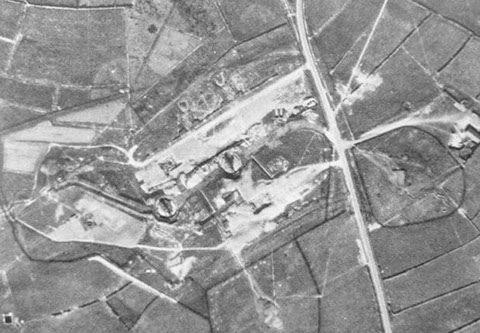 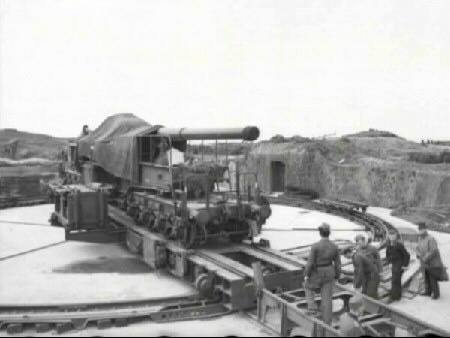 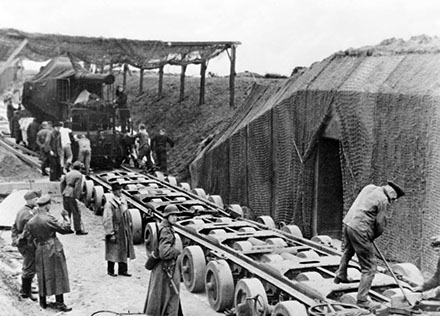