In 1941, around the old quarry in Les Vardes, the German Navy built a gun battery with four 150 mm. guns. These were installed in open concrete ring positions and a large ammunition bunker (M145), several crew bunkers (M151), anti-aircraft bunkers (FL242) and a large command bunker (M132) were installed to control the fire from the guns. A bunker called "Marine Peilstand und Meßstellung 1" was built on the edge of the quarry in 1942.

The MP1 bunker was intended to be part of a network comprising six bunkers all around Guernsey, whose purpose was to observe enemy ships and by using range and bearing observations from just two of the bunkers, the target's location could easily be plotted and then transmitted to the guns in the various batteries on the island.

The Germans continued extracting gravel and began the construction of a large stone crusher, though this disappeared to the bottom of the English Channel when the ship transferring it to Guernsey was sunk. To transport the broken rocks to the various construction sites across the entire island, the Germans established a narrow-track railway with tipper trucks.

The large bunker collapsed into the quarry in 1991 and most of the bunkers are today absorbed by the quarry, though some are preserved and the foundation of the big stone crusher also remains. 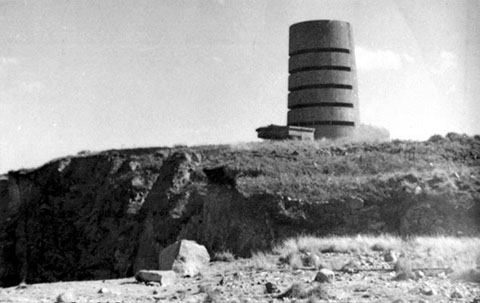 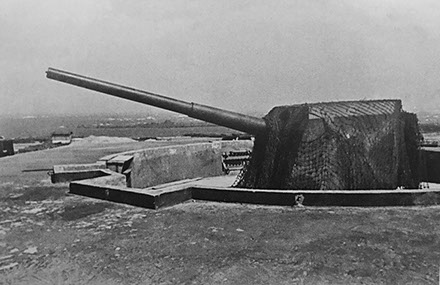