In the south-eastern corner of the Channel Island of Guernsey, the German Navy built an artillery battery with four 220 mm. guns. The guns, which had a range of 22 km, were relocated from France, following the German occupation in 1940.  They were placed in open concrete ring positions, together cast-concrete ammunition and crew bunkers and a large command bunker (M132) for fire control. South of the battery, the German army built two observation bunkers on the edge of the cliffs.

Close to the battery stood the Doyle monument, but as it restricted the 360° field of fire, it was demolished by the Germans in 1944. In 1953, a smaller monument was restored in the same location as the original. 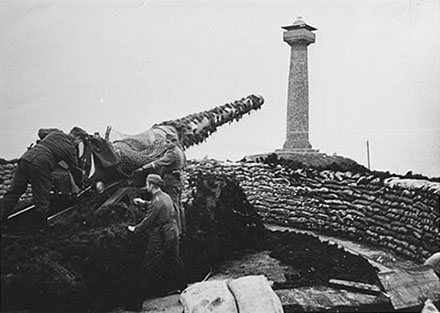