In 1942, Organization Todt built this three-storey observation bunker for the German army. Construction was undertaken by Spanish, Polish and Russian slave workers and it was equipped with fake roofs and paintings to make it look like a civilian house. Next to the bunker, two bunkers were built for the crew (R622 and R621).

The bunker was in 1944 for the local coastal artillery regiment (2./H.K.A.R. 1265) and a new smaller observation bunker was built closer to the coast.

After the war, the bunker was allowed to decay, but today it houses The Jersey Amateur Radio Society. 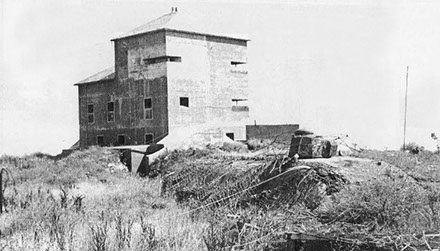