Marine observation bunker 1 was built by the Germans in the summer of 1943 and was to have been part of a network comprising nine bunkers. These nine were to have been placed around the entire island to observe hostile ships. Using sightings from just two of these bunkers, range and bearing could be accurately and quickly calculated. This information could then be passed to the various gun batteries on the island.

The MP1 bunker is 16 metres high and was built on the cliff slope so that the top of the bunker did not form a silhouette from the sea-ward side. The walls are 2 metres thick and an anti aircraft gun was placed on the top. Observations and targeting were made on four floors via the openings in the front of the bunker.

Out of the nine planned bunkers, only MP1, MP2 and MP3 were built. 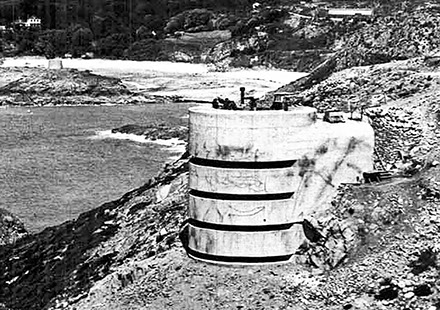