Already in autumn 1940 the German navy started construction of a gun battery on the western tip of the island of Rugsundøya in Norway.

It was important for the Germans to defend the many fjords and ports in occupied Norway and the guns here were to defend the entrance to the town of Måløy.

In spring 1941, the first two guns were operational. They were two old Russian 130 mm guns from 1915, that the Germans had captured on board a French ship in Bergen the year before. On 27 December 1941 the guns were used when British and Norwegian commandos attacked the German installations in Måløy. The 580 soldiers arrived in the morning in two transport ships, accompanied by a cruiser and four destroyers. Simultaneously, the German gun batteries in the area were bombed by British bombers. The two guns on Rugsundøya pounded both the aircraft and the ships, but technical problems with the guns resulted in only 35 shots being fired, with only a single hit.

In the evening the invaders returned to England.

As a result of the attack, the two old Russian guns were replaced with more modern ones of the same calibre. These were also Russian, but from 1940 and with a range of 20 km.

After the war the gun battery entered the Norwegian defense system and was renamed Fort Rugsundøy, but was closed down in 1950.

Today it is possible to visit the gun battery, which is an open-air museum, and see one of the surviving guns. 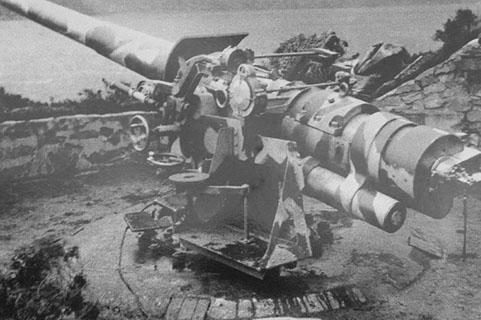 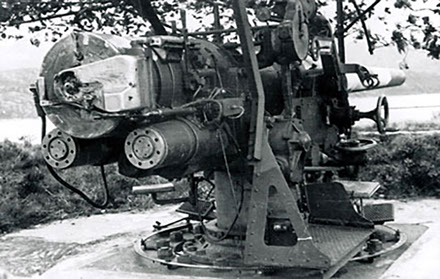 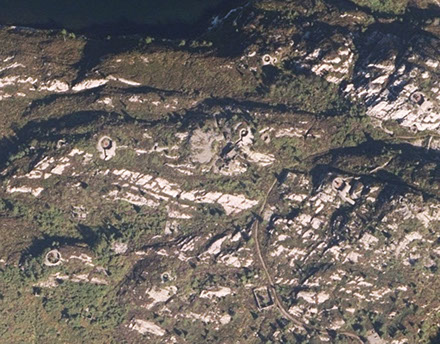