Construction of the headquarters complex began in 1940. The site, on the banks of Lake Maur and the Mazury Canal, lies some 18 km north of the Wolfs Lair and, at the time, consisted of more than 200 buildings, 30 of which were made of 7 m. thick reinforced concrete.

The first occupants began to arrive in the following May. In all, over the next three years, some forty general officers, including Halder, Guderian, Paulus and von Brauchitsch and their staffs, managed the Army’s operations from Mauerwald. Von Stauffenberg, known for the 20. July attempt on Hitler in 1944 was also working in Mauerwald.

In December 1944 the HQ was moved to Zossen by Berlin, due to the advancing Russian army.

Today, the site is open to the public and can be explored with the aid of a torch. 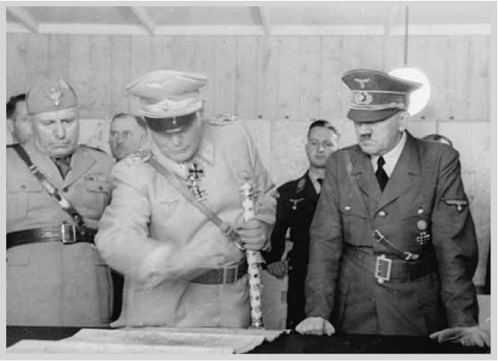