Headquarter Chief of the Reich Chancellery

At the same time as building of the Wolfs Lair, Hitler's eastern headquarters,  headquarters were established for the Chief of the Reich Chancellery, the SS-Obergruppenführer Hans Lammers. This was built near the town of Rosengarten (Radzieje) and comprised  two bunkers and seven barracks.

Obergruppenführer Lammers was strategically placed with the Wolf's Lair 10 km. to the south-west and the German army headquarters, Mauerwald, 5 km. To the north-east. All three were connected by the same railway track.

Hans Lammers used the headquarters until August 1944, after which he moved to the west. By this time, his political role was almost completely outplayed.

The headquarters which had the code name Wendula was found by Russian forces early in 1945. 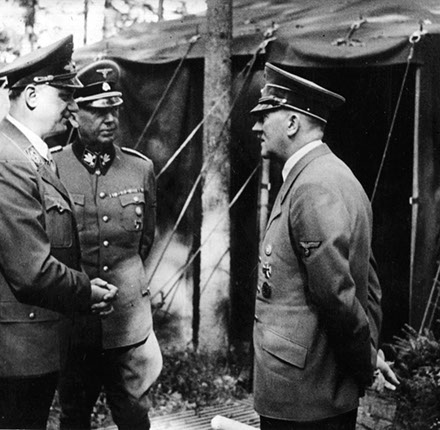