In Autumn 1941, under the direction of Organization Todt, Russian prisoners-of-war began the construction of a headquarters complex for Adolf Hitler, 9 km. west of Smolensk.

The area had previously served as the headquarters for the Red Army so many of the facilities could be re-used. Some 30 additional barracks and bunkers were built, wells were drilled along with fences and flak batteries (anti-aircraft). The railway station in the nearby city of Gniesdovo was expanded to accommodate Hitler's personal train (Führersonderzug) and a siding was made all the way to the headquarters.

The site was given the code name Bärenhöhle (Bear cave) and was completed in August 1942. However, much had changed over a year and the location did not fit into Hitler's current strategic plan. Instead, the area became the headquarters of Army Group Centre (Heeresgruppe Mitte).

The headquarters remained operational until September 1943 when it was withdrawn to the west because of Red Army advances.

The remnants of the headquarter are now scattered in the woods and filled with water. 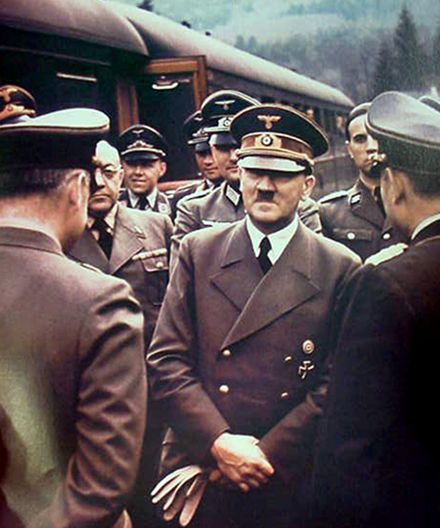