Wehrwolf was the easternmost of Adolf Hitler’s headquarters, located in the Ukraine. Organization Todt started the construction work in late 1941 in, to provide Hitler with a headquarters closer to the front. His favorite headquarter, Wolfs Lair lay 900 km. further to the Northwest. The construction was obviously subject to the greatest safety measures.

The facility consisted of wooden barracks with shelters of reinforced concrete and a firefighting water reservoir. The whole area was fortified with barbed wire and machine gun pillboxes. There was a large vegetable garden, two wells and a small power plant.

After a stay in March 1943, Adolf Hitler flew from the nearby airfield in Kalinovka, to the headquarters of the arm group middle near Smolensk. Here, a group of German officers led by Major General Henning von Tresckow succeeded in bringing a bomb on board the aircraft. However, the bomb failed by mistake to explode.

In January 1944 the headquarters was evacuated and on 10th March 1944 all the wooden houses and barracks were set on fire by arson and the three bunkers were blown apart. Today, only the remnants of the bunkers can be seen. 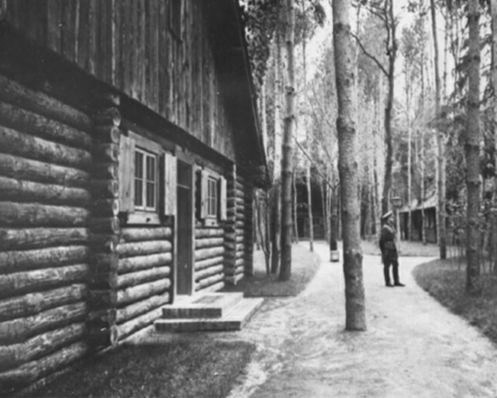 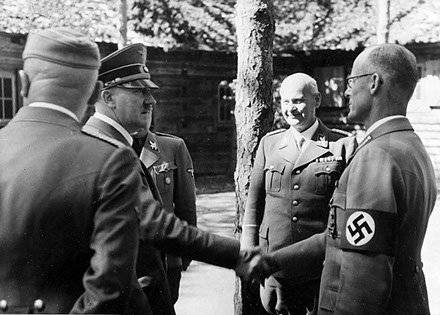