Located at Cap Griz-Nez in France, at the narrowest point of the English Channel, the Germans built a gun battery consisting of four 280 mm. guns immediately following the capitulation of France in June 1940. These guns were placed in turrets, as on battleships, but instead of the battleship a large bunker (S412) was built for each gun. The guns had a 360 degree field of fire.

Throughout the war, the guns regularly fired shells against south east England and were therefore obviously a priority target for the Allies. After the landings in Normandy (D-day), Allied forces (principally Canadian) pushed along the coast to liberate the area. In addition to the harassment of Dover, the guns at Calais could have prevented the Allies from shortening their supply line, by firing on Allied shipping in the Channel.

As a last opportunity to make a difference, the British guns on the cliffs above Dover and which had participated in cross channel artillery duels since 1940,  launched one last massive attack. The Großer Kurfürst gun battery received several hits, but could continue to bombard Dover and the advancing Canadians.

From 16th September until October 1944, the area was under constant Allied artillery fire and the guns at Großer Kurfürst were the only ones in the area that could train inland and thereby return Allied artillery fire. On 24 September the connection to nearby Gun Battery Todt was lost and, with that, the final connection to the outside world. Not until 29 September did the Allies finally succeed in capturing the gun battery and thus the last guns that could fire upon England. 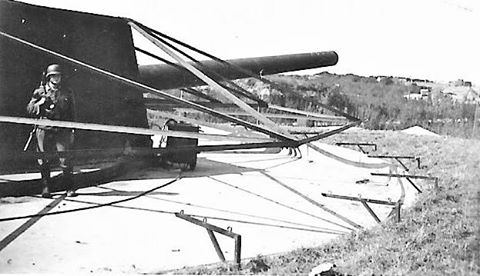 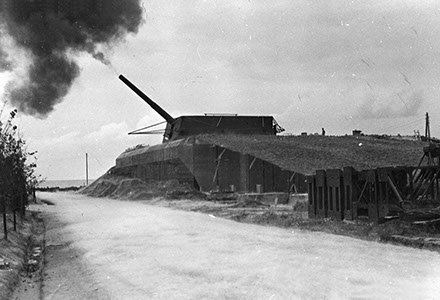