In 1940, as part of the Germans' invasion plans for England, they began the construction of a gun battery just south of the Pas de Calais. Originally named Battery Siegfried, it was to support the invasion by bombarding the southeast of England and simultaneously keeping the English Channel free of Allied warships. To do this, the battery was equipped with four 380 mm. guns.

The location was at Cap Gris-Nez, the narrowest point of the English Channel, with the English coast barely 40 km. away. The effective range of the guns was 55 km. which was enough for the guns to fire on the south-east coast of England and the battery often participated in the cross-channel bombardments.

In January 1942 the German Armaments Minister Fritz Todt died and Battery Siegfried was renamed Battery Todt in his honor.

As the war progressed, the role of the guns changed from the offensive to the defensive. Battery Todt was incorporated into the Atlantic Wall and the whole of the Pas de Calais area was heavily fortified by the Germans, who believed that it was here, that the Allies would invade. Sustained Allied heavy bombing and the deception scheme known as Operation Fortitude, which both continued after the Normandy landings in 1944 (D-day), enhanced that belief and tied up many troops who could have been deployed elsewhere.

The guns at the Battery Todt were obviously a prime target for these raids and the gun battery, whose location was known to the Allies, was regularly attacked. However, aerial bombing was ineffective against the heavy bunkers that protected the guns and they were only finally silenced in September 1944 when advancing Canadian troops took the battery from the landward side.

After the war, the guns were dismantled and shipped to Norway for use in the German-built Gun battery at Nötteröy, now taken over by the Norwegian Navy.

Today there is a museum in one of the gun bunkers at Battery Todt. 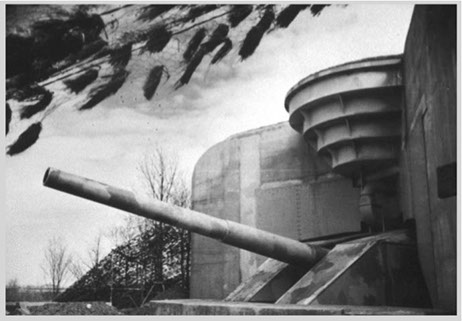 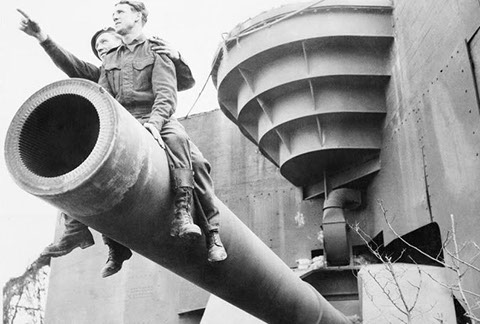 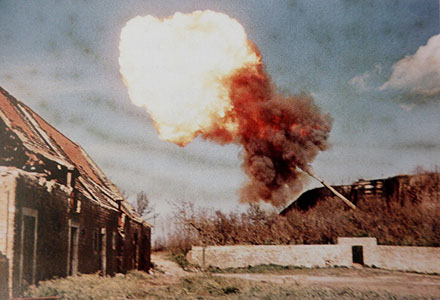 “ I recall these guns very well indeed. As my ship HMS Aristocrat was shelled by them, as we escorted a convoy in the channel, not an experience I would care to repeat. But we survived the salvos with just a few wounded and some damage that required a refit and shore leave.  ”