In the summer of 1940 the Germans started construction of a coastal gun battery consisting of three 305 mm. guns.

This battery was built approximately 80 meter above sea level, just north of the city of Wimille.

The guns were captured Czech-built Skodas, modernized by Krupp. Initially they were placed in open positions but subsequently they were mounted in heavy pillboxes with two floors. Their range was 31 miles, which was enough for the guns to fire on the south-east coast of England and the battery often participated in the cross-channel bombardments.

On 18 th. September Canadian troops attacked the gun battery: fighting surged back and forth over the next day but on the 19th September the Germans surrendered. There is currently only access to one of the big pillboxes: it is however on private property. 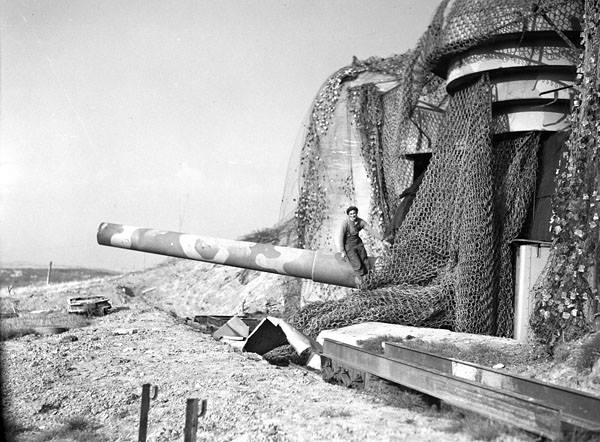 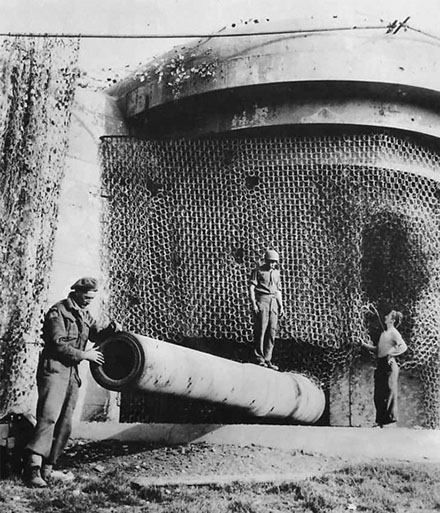 “  I live in dover, around the outer part of dover there are still massive large craters from these guns over in France. ”