On D-day, June 6, 1944, the “First Suffolk Regiment” landed on the beach west of the town of Ouistreham, near the mouth of the Orne River, in Normandy. This landing was part of the overall British landing, code-named “Sword.”

As part of their Atlantic Wall defenses, the Germans had built a gun battery at the town of Colleville-sur-Orne, about 3 kilometers from the coast. Emplaced here were Czech 100 mm. guns, with a range of 10 kilometers. By D-Day, three of the guns had been built into emplacements (R669). Behind the battery was a fortified headquarters, Widerstandnest 17 (WN17). This headquarters was built around two R605 command bunkers. Its defenses consisted of R58c machine gun bunkers, anti-tank guns, minefields and barbed wire.

British landing craft hit the beach early in the morning, and the troops advanced quickly into the countryside. The gun battery was attacked at breakfast, and after fierce fighting, the German gunners surrendered. The British continued their advance, attacking WN17. Code-named “Hillman” by the British, this battery and the accompanying headquarters had been bombarded from the air, see, and by artillery.

The first attack was repulsed, resulting in further bombardment on WN17. It wasn’t until the next morning, with tank support, that they were able to force the German headquarters to surrender. Historians believe this delay gave the Germans time to prepare the defenses for Caen, which wasn’t liberated until July 9, a month later than planned.

After the war, the town changed its name to Colleville-Montgomery, in honor of Britain’s top general. The road leading into Caen was renamed Rue Suffolk Regiment, in honor at the regiment leading the attack. Today, the remains of Hillman are scattered throughout a residential neighborhood, and are open for  visits. 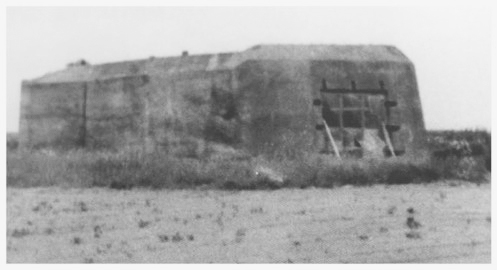