The system could accurately determine the location of their airplanes and thereby navigate them towards their targets, especially at night.

The system used two transmitter stations, as far apart as could be achieved. The first station transmitted a number of dots in the aircraft's radio receiver, the other a series of lines. Using the angles of the two stations, the position of the plane could be accurately determined.

The British soon detected these beams and tried to “bend” them away from the intended target. Thus started an electronic air war which continues to this day.

East of Cherbourg, and far away from other stations in Germany and Holland, the German Luftwaffe installed a transmitter station with 6 transmitters, together with bunkers for generators and control equipment. The broadcast station was codenamed Tausendfüssler (centipede). Erika II system was simple and effective, but the development came very late in the war, by which time it was redundant as German bombing raids on England had long since ceased.

Still to be seen in a field at St. Pierre Eglise are the foundations for the antennae and the small bunkers for generators. 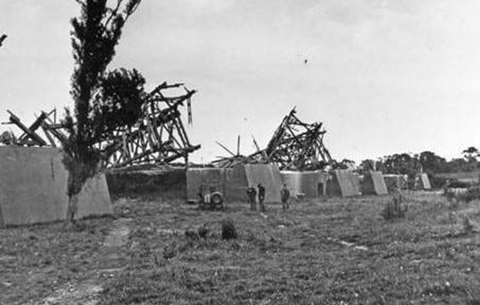 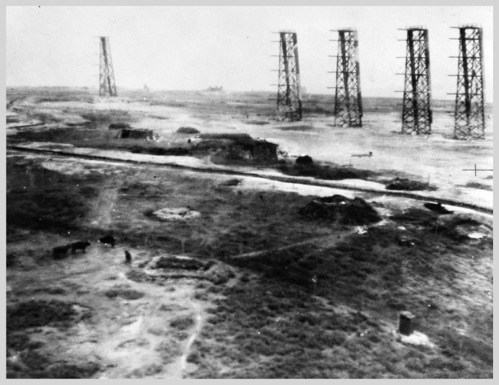