The port of Dunkirk was badly damaged during the Allied retreat in late May 1940, when 340,000 soldiers escaped from the advancing German forces.

Because of the port’s strategic location in relation to a future German attack on England, however, the Germans quickly rebuilt the port, and continued to expand it during the war. In 1941 they began construction of a large bunker for R-Boats (Räumboote). The bunker had 13 pens, and in addition to the R-Boats, could also house E-Boats, small minesweepers, and even submarined. The bunker measured 175 x 70 meters and was equipped with anti-aircraft guns on the roof.

Because of the tides in the harbor, the basin was closed off from the sea and a lock controlled the water level. As in La Pallice and Bordeaux, this lock were protected against bombing attacks. Today, it is still possible to view the strong protective bunker at the sluice. The bunkers were first bombed by the Allies in March, 1943, and the attacks continued throughout the war.

Dunkirk’s fortifications were improved so much during the war that in early January 1944, the Germans reclassified it as a Fortress. This term was only used when an area was so heavily fortified that it was considered unconquerable. It turned out in this case to be true, as the Allies began the siege of the city in September 1944, and it lasted until  Germany surrendered on May 9, 1945.

Beyond the protective bunker at the middle lock, and a few bunkers scattered around the harbor, there are almost no visible traces left of Festung Dünkirchen. 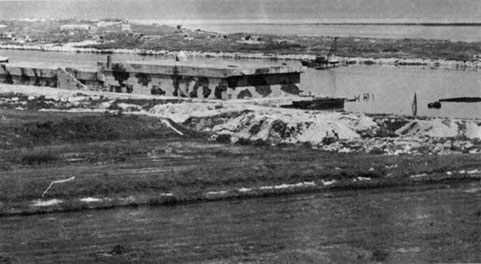 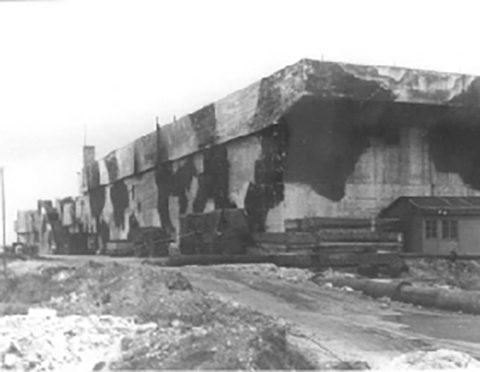 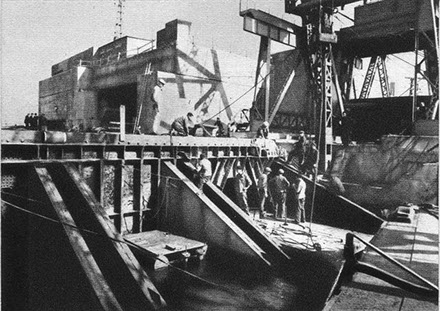 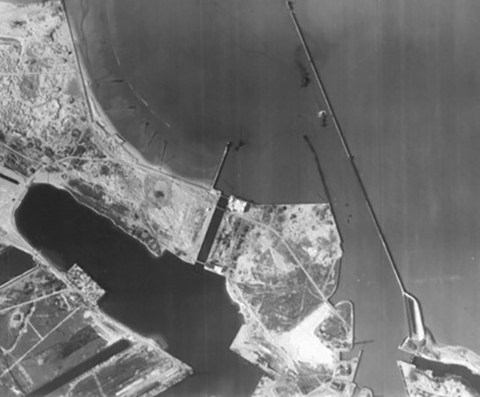