After the German occupation of Holland and Belgium in May 1940, the Dutch island of Walcheren was heavily fortified.

The island lies at the mouth of the river Scheldt and is strategically important to the defense of the entrance to the port of Antwerp in Belgium. The Germans built several gun batteries and strongpoints and the island was so heavily fortified that it was designated as a fortress. This designation was only applied when an area was so heavily fortified that it was considered unconquerable. An anti-tank ditch was dug around the city, and it was heavily defended with several anti-tank bunkers (R630) and machine guns bunkers (R623).

In 1938 the German Navy built a coastal battery on the island of Norderney, one of the East Frisian Islands. The four guns there were 150 mm. torpedo boat guns, manufactured by Krupp. After the occupation of Holland and Belgium in May 1940, these guns were moved to Walcheren. The battery was named Marine Küsten Batterie (MKB) von Knorr, but was also called MKB Dishoek after the nearest town.

The guns were placed in the open ring positions and had a range of almost 20 km. With time the gun battery was developed with the addition of several bunkers, including bunkers for the guns (M170), the ammunition (M145), several crew bunkers (R622) and a special hospital bunker (M159).

In 1944, after the Allied landing in Normandy, there was a desperate need for ports to convey supplies to the fighting allied troops. Antwerp was one of the ports that could receive the largest ships, and was therefore an obvious target. The key to the conquest and subsequent use of Antwerp was Walcheren. The Allies attempted to conquer the island in late October 1944. The plan was to cross the Slooe channel in an amphibious assault, but the mud in the canal prevented this.. Subsequently, two attack waves were sent across the isthmus that connected with the neighboring island of South Beveland to Walcheren. In the second attack, Canadian soldiers succeeded in creating a beachhead, but the Germans retaliated and drove them from the island. On November first, the British special forces successfully landed on the west side of the island and the German defenses were taken out one by one. By November 8, 1944, the entire island was liberated and the Germans had surrendered.

Many of the bunkers today have been removed or are located on military territory. There are several museums including one in an observation bunker at Zoutelande. 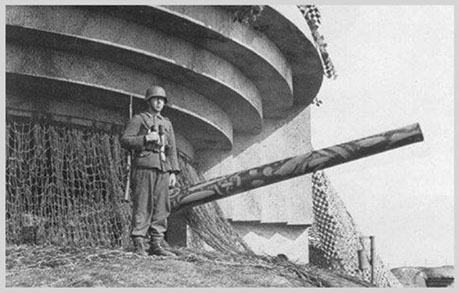 “  My Dad, Reg Stevens, was one of the soldiers providing covering fire from Breskens. My Mother, a Dutch girl, was sheltering in the cellar until the liberators arrived, They were so relieved, to say the least, when they heard the allied motor launches arrive in the early hours. My Dad is 92 and still very fit for his age. Both my parents have many stories to tell of those dark years. I am always immensely proud of my Dad and all the other chaps who fought (many who never came home) and think about this often when I am in Vlissingen and at the remembrance services. ”