By 1943, more than a year before the first V2 missiles were targeting England, the Germans had begun to build the necessary support and launch logistics in Northern France. The V2 missiles themselves were built in Germany and transported to Northern France by rail. Here, they were first stored in large supply depots and subsequently sent to field storage depots, where they were prepared. From these local depots, they were either picked up by the mobile firing units themselves or shipped to the bases and launch pads.

In the summer of 1943, east of the town of La Motte au Bois, one of these field storage depots was built. The depot had a capacity of 30 missiles and they were transported around the woods on a small railway. The rockets were stored in U-shaped earth pens, which had either camouflage nets stretched over them or a wooden roof. Preparation took place in bunkers located around the woods and these were fitted with a ceiling of 350 cm. reinforced concrete.

The Allies bombed the forest several times, but without results. In reality, the Germans never started to use the depot. The first V2 missiles were targeting England in September 1944 but, by then, the depot at La Motte au Bois had already been liberated by the Allies.

If you are visiting the wood today, you can still see the large bunkers. 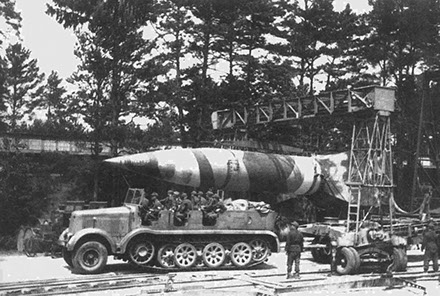 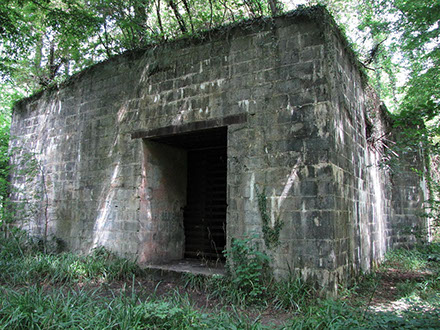