In mid-1943, the Germans began to build logistical support in northern France for their forthcoming V1 flying bombs attacks against England. The supply depots were the last storage and preparation sites before transport to the firing bases and as a consequence, were often built in small villages. Bunkers were built adjacent to existing buildings, using pre-fabricated blocks, thus the entire village became part of the depot, thereby camouflaging it from Allied bombers.

In the Hauts-de-France region 10 supply depots were built. The first missiles arrived in early 1944 and the depots quickly began to fill. Shortly after the first V1 flying bombs were launched against London in mid June 1944, several of the depots were bombed by the Allies, including at Sautricourt, Renescure and Domléger-Longvillers.

Today, the old storage depots warehouses are near the towns and are often being used by local farmers. 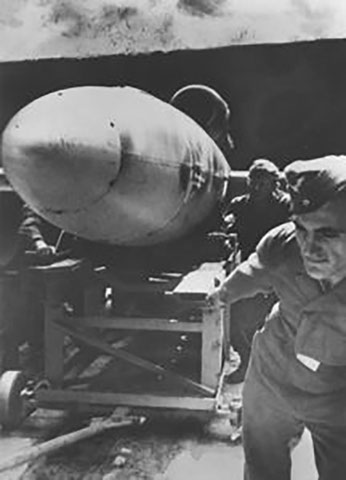