The Bridge at Remagen

The bridge over the Rhine at the German city of Remagen was built during the first World War. The double track railway bridge, was used to facilitate the performance of supplies and troops to the frontlines. The bridge was named, Ludendorff bridge after a famous German general and was completed in early 1918.

In late February 1945, the Rhine was the last natural obstacle back to the fighting German soldiers and the Allies knew the Germans would try to blow all the bridges in their retreat. The Allies hoped that a rapid advance towards  the bridge at Remagen, would "capture" German units on the wrong side of the Rhine, thus preventing a rupture. On 7 March the American advance was so forward that they could see the German units flee across the bridge. When the Americans was spotted by the Germans, the bridge was blown up, but without collapsing. The U.S. troops rushed the bridge and fortified the east bank. The badly damaged bridge was the next day used by 25.000 American troops, who thus were ready for further attacks against Germany. In a desperate attempt to destroy the bridge, the Germans sent 11 V-2 rockets, against the bridge. These were fired from mobile launchers near Dalfsen, but none of them hit the bridge. The following day, 17th March, the bridge collapse, but here the damage was done to the Germans, the bridgehead was established and American engineering troops had already built pontoon bridges further south. The Ludendorff bridge was never rebuilt.

In one Bridge Tower on the West Bank is there a museum, with an exhibition of the history of the bridge. 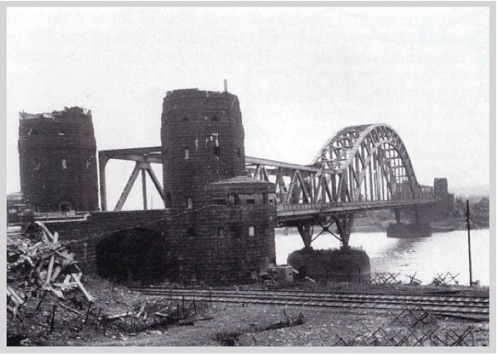 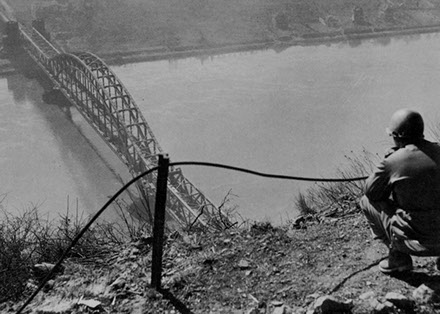