In the 1930s, Germany had a great need to become self-sufficient and one of their biggest imports was fuel. The large chemical company IG Fabre had a solution to the problem: by using large amounts of coal they could produce synthetic fuel.

Adolf Hitler approved the project and in 1940 IG Farben built 12 factories around Germany which produced a total of 11.4 million litres of synthetic fuel per day. An amount that with the addition of forced labourers and prisoners of war during was doubled over the next three years.

In 1937, near Pölitz (today Police in Poland), IG Farben built a large factory that would eventually produce 15% of Germany's total consumption of synthetic fuel. Factory workers were forced labourers and over the next five years over 30,000 were employed thousand: whilst working there, 13,000 of them died of hunger and disease.

From May 1944, the Allies began to systematically bomb P.O.L facilities (petrol, oil, lubricants) as a way of reducing the mobility of the German forces, the Pölitz fuel factories were no exception.  In total, these synthetic oil plants suffered fourteen raids.  These attacks ended in early 1945 with the virtually complete destruction of the whole site facilities by a 250-bomber raid.

The area was conquered in late April 1945 and the Soviets quickly dismantled all the technical equipment and sent it back to Russia.

The plant can now be visited on guided tours. 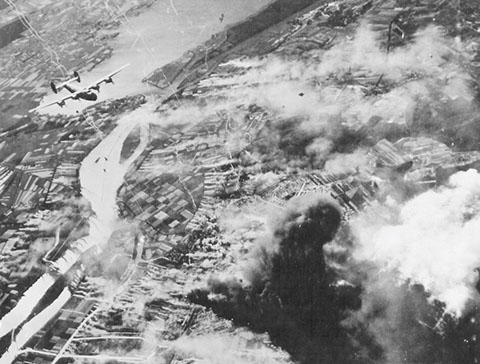 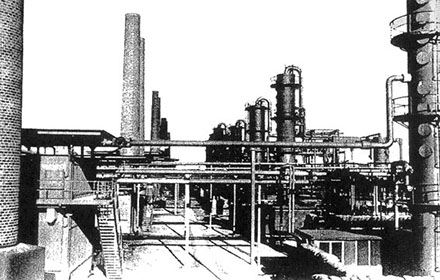