The airfield at the city of Saint-Inglevert was built in 1920 as a civil airfield. After the German occupation in June 1940, the Luftwaffe took over the airfield and stationed Messerschmitt Bf 109 fighter planes on the base.

The Royal Air Force (RAF) bombed the base on July 30, 1940, then again on August 19th. In the fall, new hangars were built and a concrete landing strip was installed. After another bomb attack at the end of December, the Germans decided to deactivate the base and in the following years it was only used as a reserve runway.

In 1943 a gun battery was installed as part of the Atlantic Wall. The four 150mm guns were set in field positions, but in spring 1944 the Wehrmacht replaced them with 105 mm. guns installed in R669 bunkers. These guns had a range of 13 km, and were oriented towards the beach in Wissant Bay, which was about 4 km. to the northwest.

Today, the airfield is used by a civil aviation club. The four gun bunkers are still present, and it is possible to find the remains of the earlier gun positions. 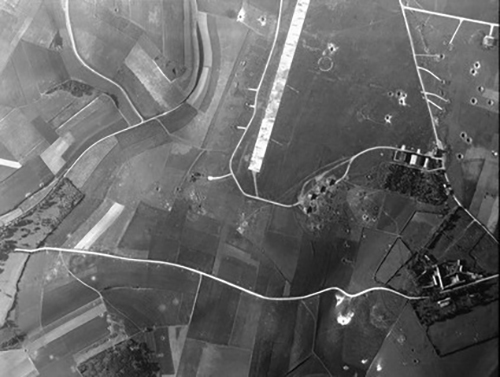 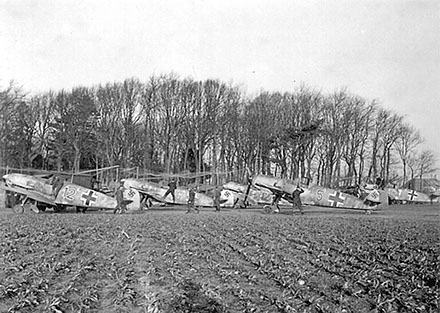