The German radio navigation system FuSAn 724/725, code name "Bernhard", was developed by Telefunken to enable an aircraft to identify its position by radio signals.

The system was started in the autumn 1941 and comprised an antenna 22 metres in diameter which rotated twice a minute. Each station broadcast a unique radio signal and with only two of these, the individual aircraft could get a very precise position. For its time, it was remarkably sophisticated and proof against Allied electronic jamming.

The Germans erected transmitters, 300 km apart, across occupied Europe and the system continued to be develop and expanded throughout the war. 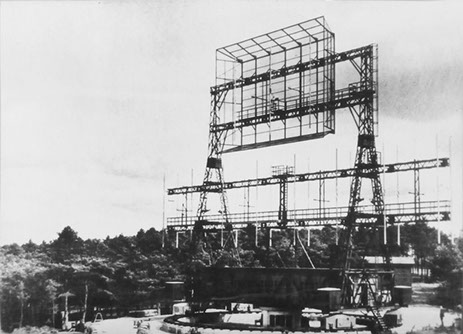