In the autumn of 1943, the Allies initiated Operation Crossbow, a bombing campaign against German rocket research. As a result, the Germans quickly decided to move all the research, testing and production underground.

In Friedrichshafen there was a facility where the propulsion motors for the V2 rockets were pressure tested and as part of the dispersal programme, this plant was moved to a new facility built between Saltzburg and Linz in Austria. The construction of the partially underground factory was undertaken by slave labourers who lived in the newly constructed Schlier-Redl-Zipf camp, itself a sub-camp of Mauthausen concentration camp. Together with the test facility, a production plant for the manufacture of liquid oxygen, one of the fuels for the V2 rocket, was established. However, in August 1944, this underground plant was destroyed in a massive accidental explosion and production never resumed.

All the plants that were housed in newly-built mines had code names for geological strata and the Redl-Zipf plant was codenamed Schlier (Marl). 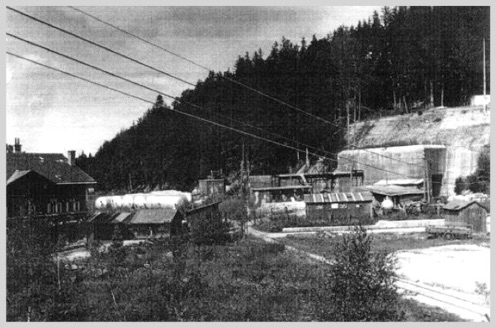