Throughout the war, the German Navy maintained 80 hospitals in Germany and the areas they occupied. These hospitals were placed in or near port towns and of course in areas with strong marine activity.

The hospital in the Calais area was established in June 1940 in the manor house of  Château des Dominicaines, situated between Boulogne and Calais. In addition to the hospital facilities set up in the existing buildings, a large hospital bunker was also built, thus allowing treatments and surgical procedures even during attacks.

The hospital in Hardinghen was operational until October 1944 when the advancing Allied troops forced its evacuation.

Today, there is today an old age home in the buildings. 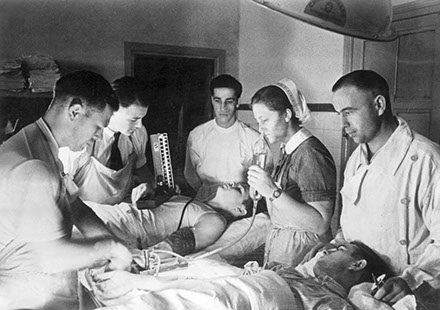