This battery is located on a point, just south of the mouth of the Gironde River in the Bay of Biscay.  Construction here began in 1942, to emplace the battery of 4 164.7 mm. guns. Because of how the Gironde River recedes southeast to Bordeaux, 60 kilometers away, these guns also controlled the entrance to the important naval base in that port. This was an ideal location for a battery, and in fact the French had previously had their own for there, Fort Arros.

The four guns were each emplace in an M279 bunker, all of them around a 3-story M157 command bunker. An antitank ditch was dug around the entire area, flanked by 75 mm. antitank guns, each in its own R670 bunker.

After the Germans retreated from Bordeaux in late August 1944, they entrenched themselves north of the Médoc area. There were several of these pockets around in France and they began to come under serious French attack in mid-April. The entire region, including the battery. was subjected to heavy bombing and shelling by Allied warships. A direct ground attack was launched on the battery from the south on 18 April. Since the guns could only fire out to sea, they did not take action in the battle that lasted about 24 hours. During the morning of 19 April, the last Germans surrendered. The cost of this fighting was almost 1.000 fallen German and French soldiers. 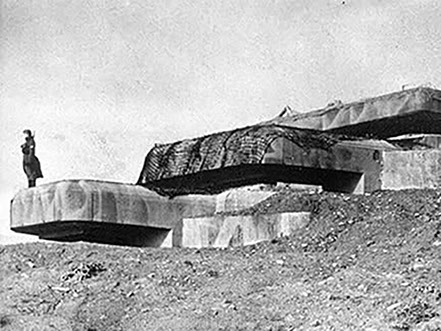 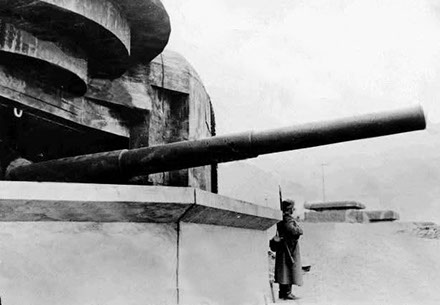