When on 9 April 1940 the Germans occupied Denmark, their main objective was to secure the airports in Aalborg  and thereby protect the supply line to Norway. In order to ensure access to the Limfjord and thereby access to Aalborg from the sea side, the German Navy, by as early as 12 April, had set up a coastal battery on Agger Tange with four 120 mm. guns.

Some 400 metres north of the coastal battery, the German Air Force built a radar position in September 1943, consisting of a Würzburg-Riese radar mounted on a bunker tower (V174). The position was part of a network of radar that had to cover all of Denmark

By the end of 1943 the guns in the coastal battery were replaced with more modern German 127 mm, thereby increasing the range to 15 km.

In the summer of 1944, construction began for bunkers for the guns, but shortly afterwards the work was suspended, German naval management instead deciding that the coastal battery should be moved to Kobberø 7 km. to the southeast. The new location would make better use of the guns, especially when their field of fire at the existing site was limited by the proposed new bunkers. At the same time, bunkers and equipment were very exposed to the sea in their current location.

Construction at Kobberø began at the end of 1944, but shortages of construction materials forced suspension of the project in early 1945.

The guns stayed on Agger Tange and the many bunkers are today located at the beach. 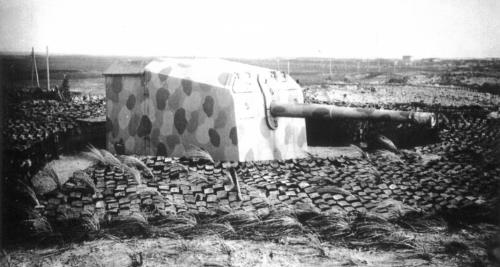 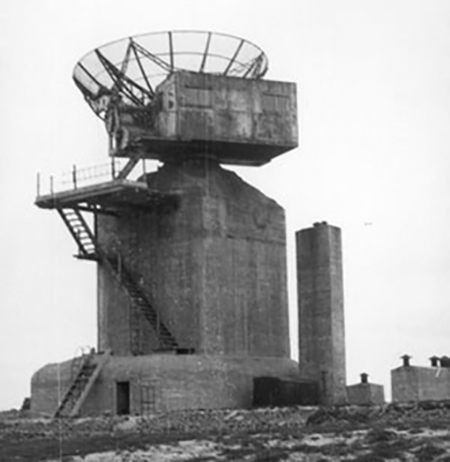