Thyborøn is strategically situated at the western approaches of Limfjorden. The German Army Command quickly determined that the city should be fortified, so in 1941 they began construction of a gun battery. The battery consisted of four 105mm guns in open positions with the crew quartered in wooden barracks. Actual bunker construction began in late 1942, and over the next few years there were cast bunkers installed. These consisted of R636 Fire Control, R671 gun, nad R501, R622, and R635 crew bunkers. Also installed were R134 and R607 ammunition storage bunkers, L409A and F127 air defense bunkers, and R631 antitank bunkers.

In addition to the battery at Thyborøn, there were ten other 105 mm. batteries in Denmark, all with nearly identical construction. The guns were 1913 vintage, captured from the French. They had about a 12 km. range. Most of the bunkers in these batteries were located on the beaches or in the dunes behind the beaches. Many can still be seen today.

Also in 1942, just northwest of the Thyborøn battery, the Luftwaffe constructed a radar station named Lama. Clustered around a large L487 command bunker were three searchlight bunkers (L411A AND L411), as well as six 37 mm. anti-aircraft guns in L409, L409A and L410 bunkers.

During the war, the port defenses at Thyborøn were continuously updated and consolidated with bunkers, primarily infantry defense types (R666, R622, R655 and R668). These bunkers today are scattered in between industrial buildings on the harbor. 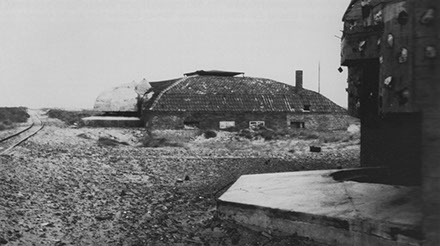 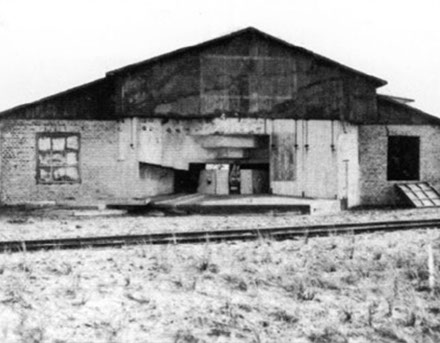