In early 1943, slave labourers began excavations near the town of Mimoyecques in northern France for the Germans' new weapon, the V-3. This was a 130 metre long gun barrel to fire a 150 mm. shell. Additional explosive charges increased the muzzle velocity to 1.550 meter per second, giving a range of range up to 165 km. (fractionally more than 100 miles), thus making London a target. The plan was to place 25 of these guns at the site in Mimoyecques.

The Allies quickly gained intelligence on the building from the French Resistance and as early as  November 1943, as part of operation crossbow, the site was bombed.

The excavations of the tunnels to the 25 guns were 30 meter deep into the ground, as the local geology comprised limestone. The installations were thus well protected and Allied air attacks caused little damage. However, during a bombing raid in July 1944, the plant was hit by four Tallboy bombs, one of which fell directly down a shaft and exploded at a depth of 30 meter. This caused a massive flood in the tunnels and, along with the Allies' increasing advance into northern France, the project was abandoned and the area evacuated. In early September 1944 the area was occupied by Canadian soldiers.  After the war, the British blew the entire system to pieces and there is now a museum on the site. 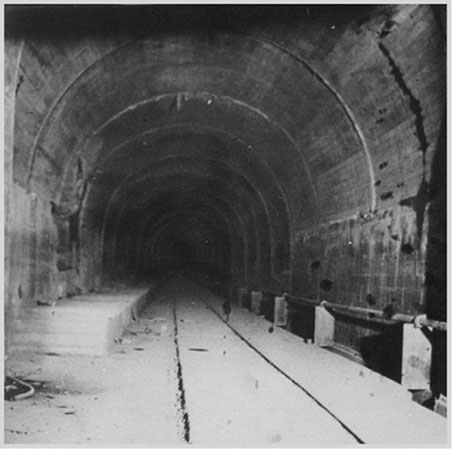 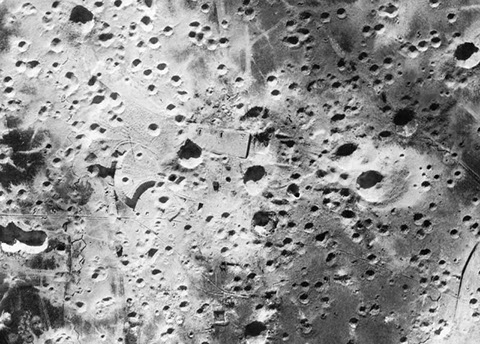