After the German occupation of the Netherlands in May 1940, they rapidly started expanding the airfield at Deelen, north of Arnhem.

The airfield was built by the Dutch Army in 1913 and just a month before the German attack and occupation, the unpaved runways were ploughed up to prevent their use by attacking forces. Deelen was quickly expanded into the largest German airfield in Holland. The Netherlands was one of the main operational areas for the Luftwaffe during their attack on the UK and later also the first line of defense against Allied air raids, especially against the industrial Ruhr area.

The Germans built hangars and workshops and the runways were extended and cast in concrete. A railway connection to facilitate logistics was built and several Flak (anti-aircraft) batteries were installed.

In 1942, in the south of the airfield, construction of a large bunker was started which was to become the headquarters for the air defense for the entire Netherlands, Belgium and northern France. The bunker was codenamed Diogenes and measured 60 x 40 meter and 16 meter high. Similar command bunkers were built in Stade near Hamburg, Döberitz at Berlin, Grove in Denmark and Metz in France.

In the bunker's central command room, incoming reports of enemy bomber formations were projected onto a large map of 12 x 9 meter and the defenses against them coordinated: fighters, anti-aircraft guns, searchlights and radar stations.

Prior to Operation Market Garden in September 1944, Deelen was heavily bombed, the first raid being on 15 August when 94 Lancaster bombers destroyed all the runways. After three days of hard work undertaken by forced laborer from Arnhem, one runway was operational again. The second attack came on 3 September and when Operation Market Garden began on 17 September, the air traffic in the area was so intense that the Germans feared a direct attack on the Diogenes bunker itself. The electronic equipment in the bunker was so secret that the Germans chose to blow it all to pieces and leave the area.

After the liberation, the Allies used the airfield as an assembly point for captured German military equipment and in the years up to 1996 it served as a military airfield. The Diogenes bunker was used for storing ammunition and an accidental explosion in 1948 killed 8 Dutch workers.

The whole area still belongs to the Dutch Army and the airfield is now used by their special force: 11 Luchtmobiele Brigade. The actual Diogenes bunker is set out as a museum and can be visited on guided tours. 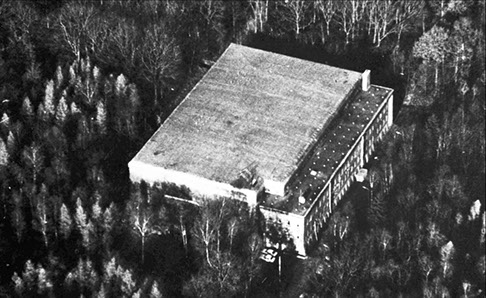