The construction of this battery began soon after the German occupation of Holland in 1940. While the fighting continued in Belgium and France, the Kriegsmarine (German Navy) established a number of gun batteries along the coast with the intention of keeping Allied ships out of the English Channel during Operation Sealion (the German invasion of Britain). As the tide of war turned in favor of the Allies, the battery's role became more defensive and it was ultimately incorporated into the Atlantic wall.

In Noordwijk, the German Navy used four 155 mm. captured French guns that were installed at a golf course just north of the city.  The guns had a range of 19 km. and was from 1917. Until 1943 they were established in open ground. In 1943, a strong reinforcement was started and bunkers were built for all the installations.  Unique to the gun battery in Noordwijk was that the four casemates were connected with the command bunker (S414) and ammunition bunkers (Fl246) through underground cast-concrete tunnels. During an Allied overflight in December 1943, the excavation of the large command bunker was observed as the bombers proceeded towards their target of  Schiphol airfield in Amsterdam.  To protect the gun battery, there was two gun bunkers (R612) and several machine-gun and mortar bunkers for close defense.

After the liberation, the guns were dismantled and all the bunkers covered with sand. One of the large ammunition bunkers was retained during the Cold War as a secure storage facility for art treasures.  In the late '90s, an association began excavating the tunnels and today there is a museum on the site. 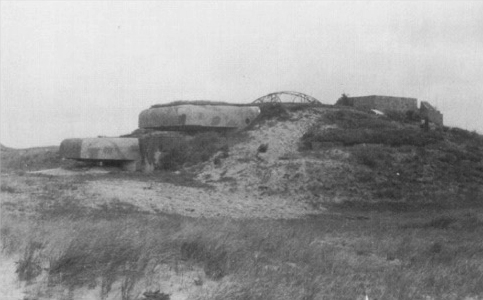 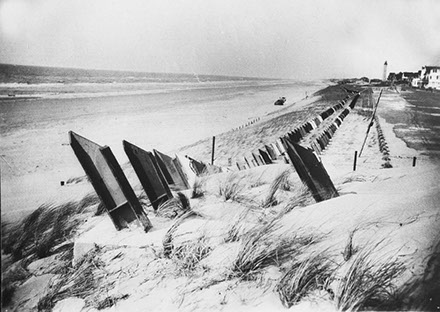