In 1942, the German Wehrmacht wanted to move their headquarters away from Copenhagen, where it had been in the Nyboder School, closer to an imagined future front, choosing the old sanatorium of Silkeborg Bad in Silkeborg Vesterskov. Construction of barracks and bunkers began in spring 1943 and by November 5th of the same year the Headquarters was ready. From here, the German commander, General Hermann von Hanneken, was responsible for an area  of almost 2 x 2 km.

In January 1945 he was replaced  of Colonel-General Georg Lindemann, who was commander of the German troops in Denmark until the end of the war. The headquarters was operational until 6 June 1945, remaining in place until then to organize the repatriation of German occupation troops.

Subsequently the headquarters was used for German refugees in 1945-47 and later in the 80s and 90s for refugees from Iran and Yugoslavia.

In 1995 the Silkeborg Bunker Museum was founded, which offers an exhibition telling the story of the headquarters. The museum is located in one of the former personnel bunkers and, as well as the museum bunker, several other bunkers are available on guided tours. 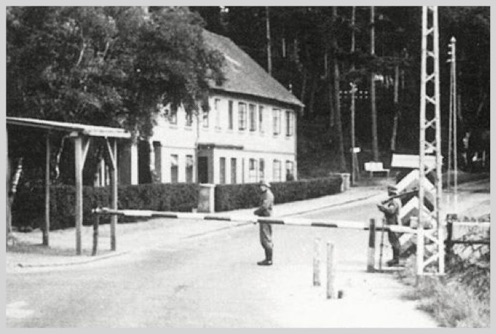