In the summer of 1941 the German army started to construct a coastal battery at Nymindegab on the south-west coast of Denmark, as part of the Atlantic Wall which stretched from the north of Norway to the south of France.

The gun battery, which was located in the dunes, was intended to protect the southern flank of the Rinkøbing fjord. Initially, 4 pcs. of 105 mm. guns were placed in open positions and the crew was accommodated in barracks. In late 1942 construction of bunkers began, partly for the guns (R671), for command (R636), and barracks for the gun-crew. Bunkers were also cast for the storage of ammunition, as well as flak (anti-aircraft) and point defense.  In addition to the gun battery in Nymindegab, there were 10 batteries of 105 mm. guns around Denmark, all identical in design and build.  The guns were those that the Germans had captured in France and had a range of 12 km.  In parallel with the expansion of the gun battery, the army used a area to the north, for testing of various  bunkers for artillery.

From the autumn of 1943, the Kriegsmarine (German Navy) began to build a radar station east of the gun battery. Included were a bunker tower (V174) with a Würzburg radar mounted on top which was capable of detecting ships up to 80 km. away.

Adjacent to these installations, the Luftwaffe (German air force) was building a camp on top of the cliff just north of the main road for training anti-aircraft gunners.  These were brick buildings for lecture rooms, mess halls and barracks.  The road from the north was flanked by an anti-tank wall and an anti-tank bunker (R676) was built into the cliff next to the camp.

The Nymindegab camp operated for a short time after the liberation in May 1945 as a camp for German refugees, but it was quickly taken over by the Danish army and since the 1970s served as a school for the Home Guard. 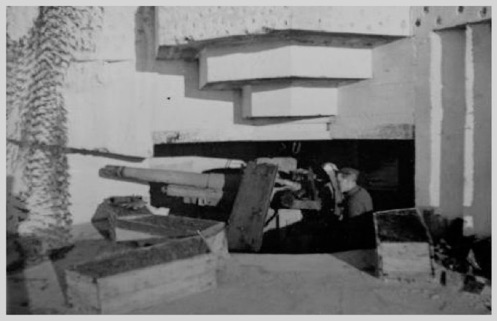 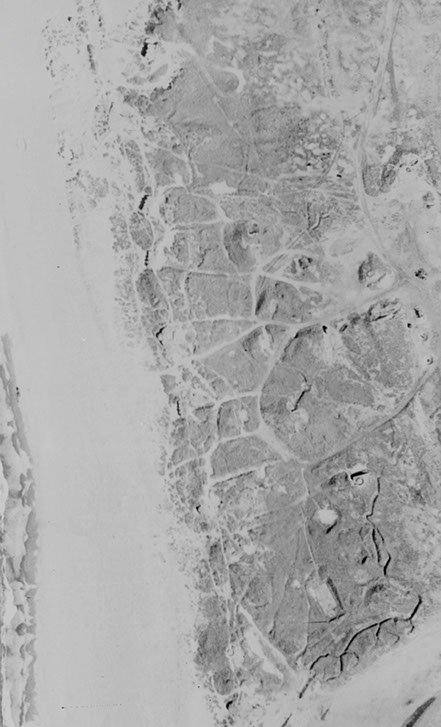