In 1942, in order to protect the Gironde river estuary in the Bay of Biscay and thus the entrance to Bordeaux, the Kriegsmarine (German Navy) constructed a gun battery. The location was ideal for the purpose as the French navy had also previously had a battery at the place they called Fort Requin (shark).

The Germans considered the whole area around the river valley to be so strategically important that the defenses were expanded into two fortresses (“Festung”), one on the north bank and one on the south. The designation “Festung” was applied only when an area was so heavily fortified that it was considered impregnable.

The coastal battery was equipped with four French 138 mm. guns dating from 1910 and with a range of 15 km. These four guns were placed in bunkers (M180) and in the center there was a command bunker (M162a). In addition, the Germans installed a personnel bunker (R622), one ammunitions bunker (M145) and two pillboxes for local defense (R669).

Both Festung Gironde North and Festung Gironde South were so strongly defended that the Allies isolated the area instead of attacking it immediately.  There were several of these Festung pockets in France, mainly the Atlantic and Channel ports. In middle of April 1945 the Allied forces began to attack with heavy aerial bombing and shelling at by Allied warships. 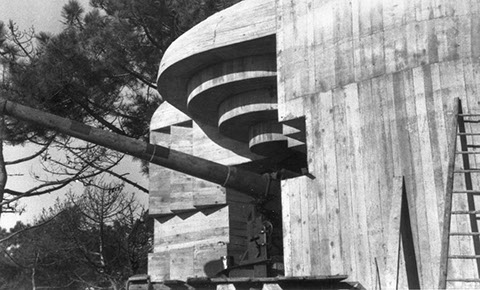 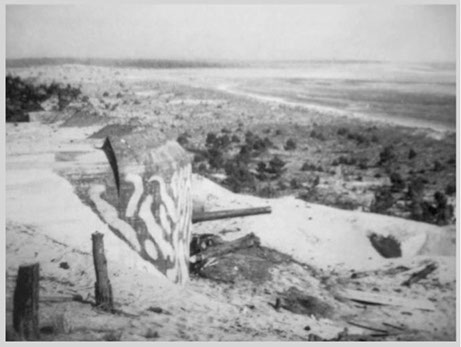