The battery at Grandcamp-Maisy, 4 km. west of Pointe du Hoc, was established in 1942. The battery consisted of four 105 mm. guns. Three of these guns were built into pillboxes, while the fourth was in an open ring position. Additionally, there were six 155 mm. guns emplaced in open ring positions. The area was heavily built up with pillboxes and bunkers for ammunition, personnel, and close-in defense.

The Germans had managed to keep this location hidden from the Allies, therefore the guns had not been bombed prior to D-Day. The ignorance of this fact led to an episode on D-day where 21 U.S. Paratroopers landed in the area and were quickly captured by the Germans.

These guns were well sited to bombard both “Utah” and “Omaha” beaches during the Allied assault. The location of the battery, which was low compared to surrounding terrain, protected them from naval gunfire. This allowed the guns to be active in defending the coast for three days against troops that had landed, as well as ships at sea.

At dawn on 9 June, this battery was attacked by U.S. Ranger, ultimately falling after five hours when the Germans surrendered to superior forces.

Over 60 years later, military historian Gary Sterne puzzled over a comment on an old German map of the area. He explored the site, and found the previously unknown position well-preserved. He began a museum that is continually being upgraded as the surrounding area is explored. 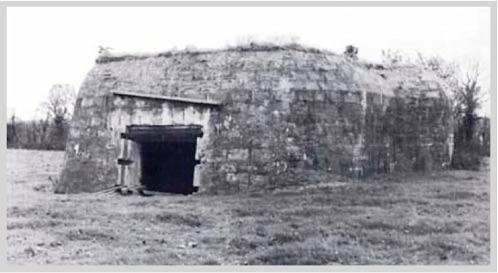