The German Army began construction of this gun battery in 1943. The four French 105 mm. guns had a range of 20 km. and dated from 1935. They each had a separate bunker (R669) and had a field of fire to the north west, thus covering the port of Cherbourg.

The gun battery was located 500 m. west of the somewhat larger Naval Gun Battery Hamburg, which was built by the German navy. The navy's guns would shell the enemy while they were still at sea and the army's guns when enemy was landed, so

it made sense to place two gun batteries so close to each other.

The entire Cherbourg Festung (fortress), including these batteries, spottted attacking Allied naval and land forces in June 1944, but the bunkers' position and fields of fire  prevented them from firing upon the enemy.

The guns were therefore moved out of their bunkers and set in oopen ground and participated in the fighting until Cherbourg's liberation on 1st July, 1944.

Today, the four bunkers are on private land. 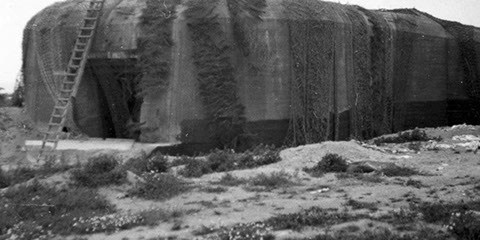 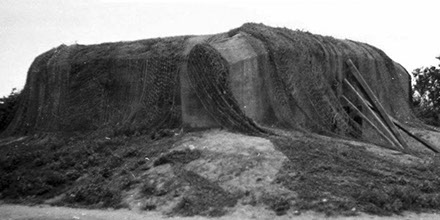