East of the major city of Cherbourg, construction began on battery Hamburg in 1943. Four 240 mm. guns were placed in a turret, which was on top of a large pillbox with room for the entire crew and ammunition storage. The guns had a range of just over 25 km. The plan was to build an additional layer of concrete defense of the turret. In addition to the main battery, six 75 mm. antiaircraft guns were also deployed.

After the Allied landings in Normandy in June 1944 (D-day), the port of Cherbourg was a major objective. The invading forces needed the good ports to maintain their supply lines, and there was a shortage of good ports in the area.

The guns in the battery went into battle with American naval forces on the 25th June, where the warship after three hours of duel, withdrew. Later the crew blew up on a section of shield around the gun, to enlarge the range. Three days later the Germans surrendered to the advancing American ground troops.

The battle for Cherbourg was very difficult, finally ending 1 July when the last German troops surrendered. Before that surrender, however, the port was destroyed and the harbor mined by the Germans. Despite great effort, the port was not ready to receive large ships until late August.

The guns of Battery Hamburg are gone now, but the large pillboxes are still scattered around the residential neighborhoods. 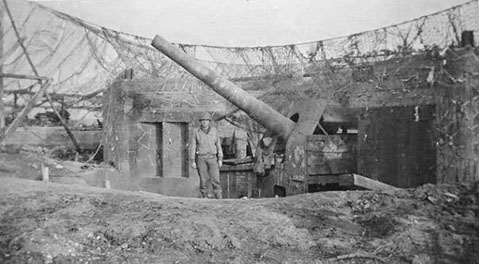 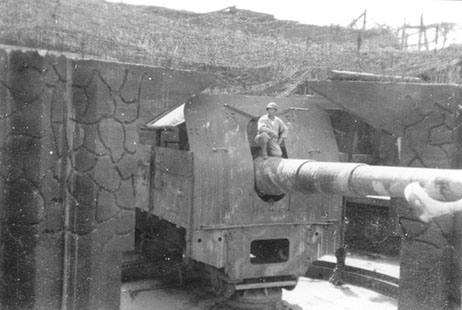