In 1942, on a strategically placed hillside in the north-east corner of the Cotentin Peninsula, the German army started building of a gun battery. This battery was equipped with captured French 155 mm. Guns, having a range of 20 km. and initially  placed in the open on concrete platforms. Later, each gun was placed in a bunker to protect them from Allied air attacks. The guns were unusually equipped with a shield  that filled the entire opening in the bunker and thereby protected the gun crew. The guns, which previously had a 360° degree filed of fire, now only had a field of fire of 120° pointing north. Several bunkers were also built for personnel, munitions and anti aircraft guns, and the whole area was protected by trenches, barbed wire and minefields.

Shortly before the Allied landings in Normandy in June 1944, the battery suffered an Allied bombing raid, however, it failed to damaged the guns. The Americans feared, wrongly, that the guns could disrupt the landings on Utah Beach, some 20 km. to the south.

After the Allied landings and attacks towards the important port city of Cherbourg, two of the guns were moved out of their bunker and again placed on open concrete platforms. This allowed the guns once again a complete 360 degree field of fire, enabling them to engage the American troops advancing from the south.  U.S. troops finally overcame the battery, after fierce fighting.

Battery Gatteville is today on private property and several of the gun bunkers has been  repaired and are used as cottage. 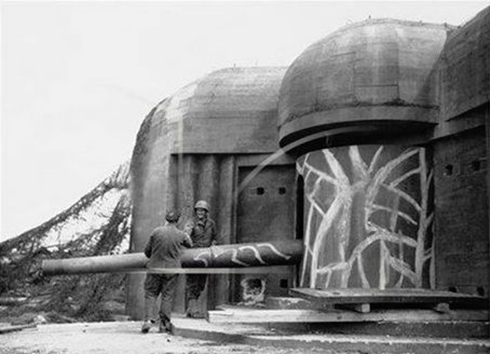 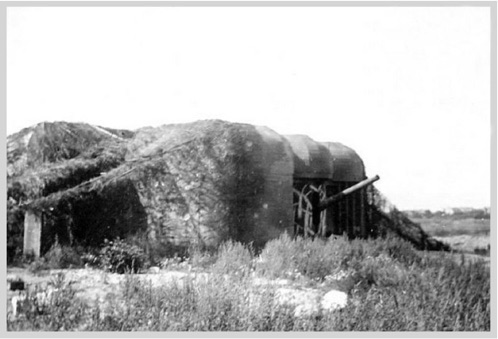