During World War I the German Navy built a gun battery on the island Wangerooge at the entrance to Wilhelmshaven. The gun battery was named Graf Spee and was equipped with four 280 mm. naval guns. After the German conquest of France in 1940, these guns were moved to Brittany to defend the entrance to the port of Brest. Brest was one of the few harbours deep enough to receive the German battleships Tirpitz and Bismarck. Brest was also an important base for the German U-boats and was therefore naturally protected.

Three of the guns were set in open ring positions, while the last was built into a pillbox.

To manage and direct fire from the four guns a large four-storied fire control bunker was built 1000 meter closer to the coast.

After the Allied landings in Normandy in June 1944 and subsequent advance, the guns came into use. In late August 1944 the guns dismissed the British battleship HMS Warspite and subsequently the three guns in open ring positions rotated 360 degrees and opened fire against the attacking American forces.

The superior force was too strong and the guns, in late September 1944, along with the rest of the German forces in Brittany, surrendered to the Americans.

The fire control bunker was for many years used by the French navy, but is today a museum. The the rest of the gun battery is scattered around in various fields full of grazing cattle. 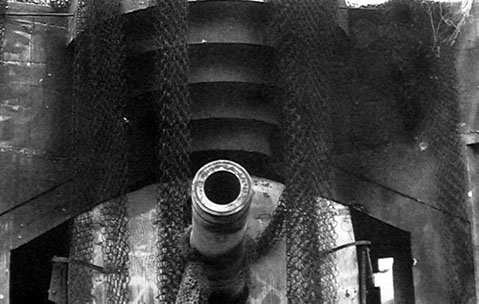 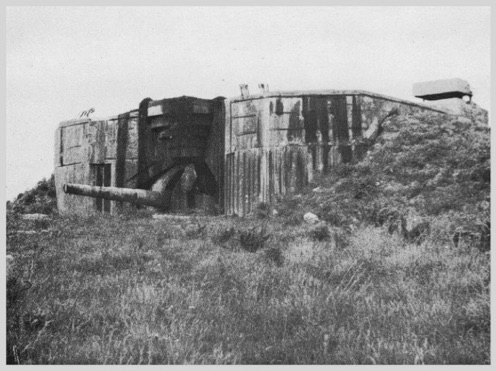