After the German occupation of France in May 1940, the German Kiegsmarine took over the former Fort de l'Ève. This fort was established in 1859, and both its weapons and structure had been continuously upgraded since. In 1940, this consisted of four 194 mm. guns. The Germans began an expansion project on it, also re-designating it Gun Battery Behnke-West. Part of this consisted of replacing the armament with four 170 mm. guns, each in its own M270-type bunker.

On 28 March, 1942, these guns saw action, defending against Operation Chariot, the British attack on the port at Saint Nazaire. The ships quickly passed through the guns’ field of fire, continuing on to the large dry dock in the harbor, which was their main target.

In February 1944, the battery received a visit from Field Marshal Erwin Rommel, as part of his major inspection of the Atlantic Wall facilities.

In order to expand the field of fire, the two guns in the westernmost bunkers were moved outside. In the two eastern bunkers, the left wall was partially destroyed with pneumatic hammers, allowing the guns to train further to the east.

Battery Behnke-West was part of the St. Nazaire fortress, one of those along with the other submarine bases in France, the Allies were unable to capture. Instead, they lay siege to these areas, and continued their attacks elsewhere. 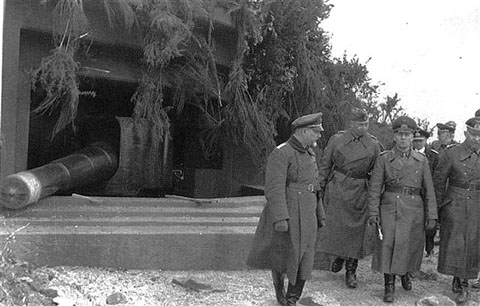 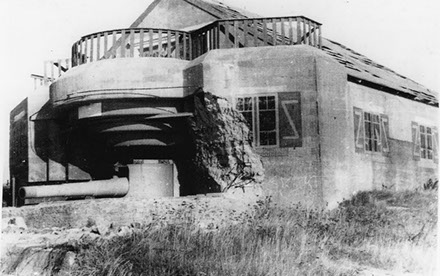